Today I'm featuring Reputation by Sarah Vaughan. The excerpts shared are from a hardcover edition borrowed from the library. 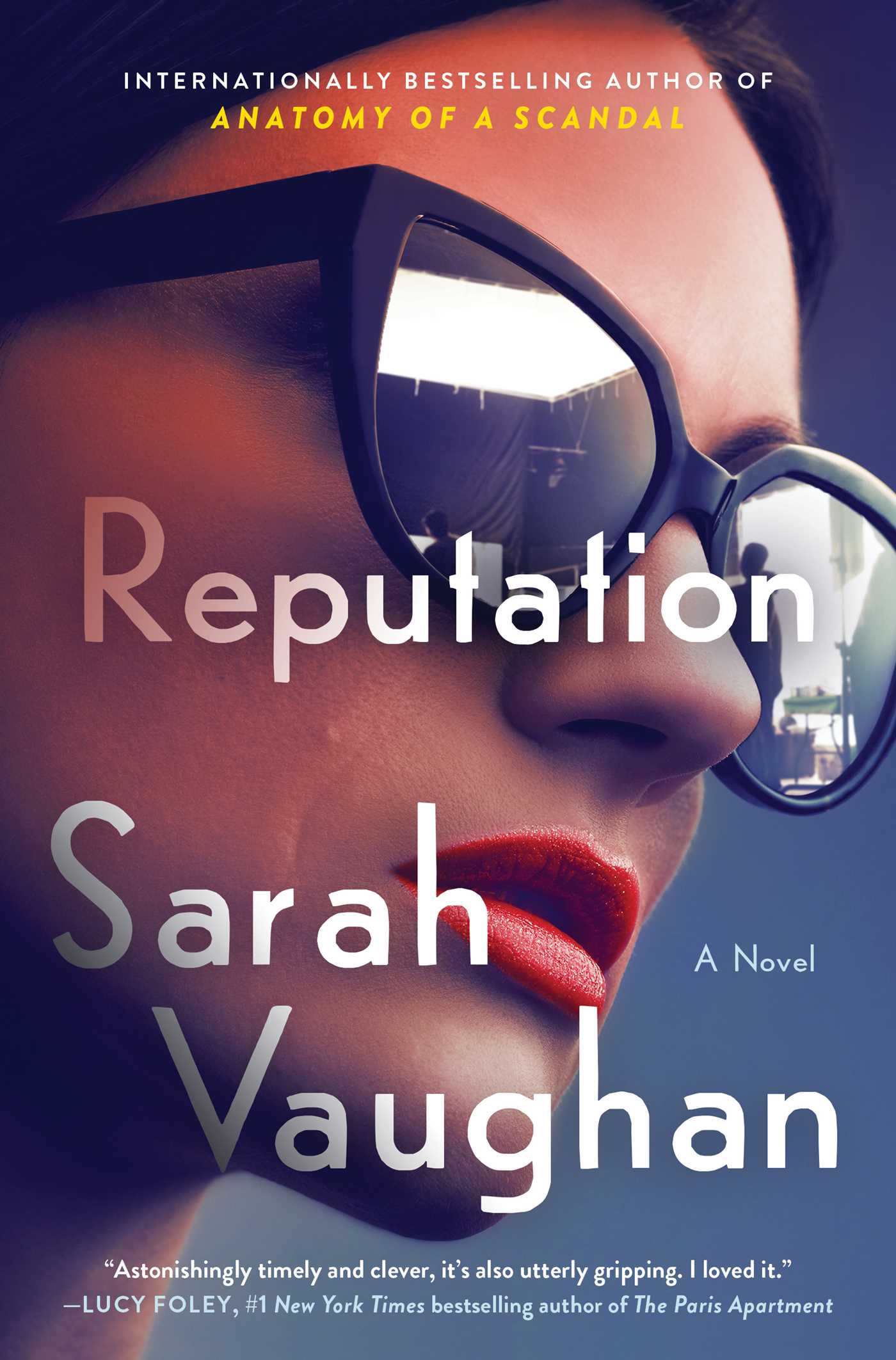 The body lay at the bottom of the stairs.

Page 56:  "Another girlfriend? I bet there is one. Another life blighted by this shite."

My thoughts:  After watching the Netflix adaptation of Anatomy of a Scandal, I couldn't wait to read Vaughan's current novel. The excerpts shared hint at another scandal, and once again, British politicians are involved.

From GoodReads:  The bestselling author of Anatomy of a Scandal returns with a new psychological thriller about a politician whose less-than-perfect personal life is thrust into the spotlight when a body is discovered in her home.

As a politician, Emma has sacrificed a great deal for her career--including her marriage and her relationship with her daughter, Flora. A former teacher, she finds the glare of the spotlight unnerving, particularly when it leads to countless insults, threats, and trolling as she tries to work in the public eye. As a woman, she knows her reputation is worth its weight in gold, but as a politician, she discovers it only takes one slip-up to destroy it completely.

Fourteen-year-old Flora is learning the same hard lessons at school as she encounters heartless bullying. When another teenager takes her own life, Emma lobbies for a new law to protect women and girls from the effects of online abuse. Now, Emma and Flora find their personal lives uncomfortably intersected--but then the unthinkable happens: A man is found dead in Emma’s home, a man she had every reason to be afraid of and to want gone. Fighting to protect her reputation, and determined to protect her family at all costs, Emma is pushed to the limits as the worst happens and her life is torn apart.

Today I'm featuring an upcoming read, Death in Castle Dark by Veronica Bond. The excerpt shared is from an eBook borrowed from the library. 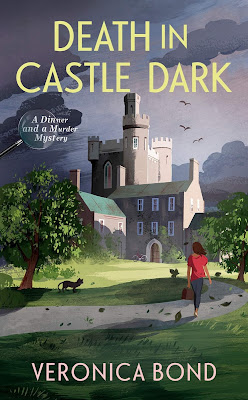 "We call them all Inspector," Derek Corby had told me during my interview. "Most mystery parties assign the guests as suspects who have to learn their backstories and then stumble their way through conveying that information to everyone. That's how we're different: our visitors are detectives--all the same detective, actually--and they get badges and notebooks when they enter. Then they can jot down notes as they dine, as they mingle in the drawing room, as they walk the grounds with the suspects. And this is why we can charge so much for the Castle Dark experience, and why people are more than willing to pay it, by the way: we hire real actors, we cater elegant dinners, and we give people the experience of total immersion. They are living in this castle, moving from room to room, touching the objects, sitting on the furniture. And when they leave, they feel clever, because they took notes and made observations and came up with theories. Our customers routinely rate us at five stars, and almost ninety percent of them return for new story lines."

I have always wanted to take part in a murder mystery dinner, and the one described in the opening paragraph sounds like a first-rate experience. I love the castle setting and the idea of an elegant dinner within its walls. Let the event begin!

Today I'm featuring a recent read, The Kitchen Front by Jennifer Ryan. The excerpts shared are from a hardcover edition borrowed from the library. 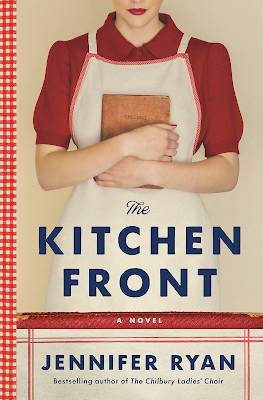 A glorious spring morning poured its golden splendor through the tall kitchen window as a whirlwind of boys raced in, shooting at each other in a ramshackle reconstruction of Dunkirk.

Page 56:  She shook herself, murmuring, "No, I have to come up with something so good that it can't possibly lose."

It had to stand out.

It had to be brave.

It had to be sophisticated, with bold flavors, unlike anything the other contestants would produce.

"Coquilles St. Jacques," she murmured under her breath, as if it were an incantation or a magical spell.

My thoughts:  Times are extremely difficult in World War II-era England. With men serving on the battlefield, women on the home front are determined to care for their families under challenging conditions. When the BBC announces a contest to select a female co-host for its popular radio program The Kitchen Front, four women compete for the coveted role by preparing three meal courses, creating appetizing recipes despite food shortages and rationing.

These four women--Audrey, Gwendoline, Nell, and Zelda--begin the competition as rivals, but gradually become friends. Each cook has her share of personal heartaches and uncertainties, yet over time they support each other in unexpected ways. Ultimately, they become a band of sisters who celebrate each small triumph as they face the prospect of an unknown future with hope and optimism.The Kitchen Front is a well-researched work of historical fiction with characters that touch the heart. It is tale of human resilience despite hardship and loss.

From GoodReads:  In a new World War II-set story from the bestselling author of The Chilbury Ladies' Choir, four women compete for a spot hosting a wartime cookery program called The Kitchen Front - based on the actual BBC program of the same name - as well as a chance to better their lives.
Two years into WW2, Britain is feeling her losses; the Nazis have won battles, the Blitz has destroyed cities, and U-boats have cut off the supply of food. In an effort to help housewives with food rationing, a BBC radio program called The Kitchen Front is putting on a cooking contest--and the grand prize is a job as the program's first-ever female co-host. For four very different women, winning the contest presents a crucial chance to change their lives.

These four women are giving the competition their all--even if that sometimes means bending the rules. But with so much at stake, will the contest that aims to bring the community together serve only to break it apart?

. . . First Chapter ~ First Paragraph Tuesday Intros . . . hosted by Yvonne at Socrates' Book Reviews, where bloggers share excerpts from a book they have read, are currently reading, or are planning to read.

Today I'm featuring a current read, Chloe Cates is Missing by Mandy McHugh. The excerpt shared is from a hardcover edition borrowed from the library. 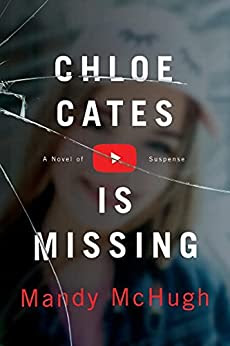 I stare at the numbers. Surely, there's been some mistake. I hit refresh and watch the graphs slowly rematerialize on the screen.

Nope. No change. The numbers stay the same.

We missed our thousand-dollar bonus by fourteen lousy clicks.

When Chloe Cates, the 13-year-old star of her mother Jennifer's parenting blog goes missing, a frantic search begins. What happened to Chloe? Was she kidnapped? Did she leave of her own free will? The media-obsessed Jennifer, who is used to controlling her daughter's life, is ill-prepared to deal with the secrets that are uncovered and threaten to dismantle her carefully-curated existence.

. . . First Chapter ~ First Paragraph Tuesday Intros . . . hosted by Yvonne at Socrates' Book Reviews, where bloggers share excerpts from a book they have read, are currently reading, or are planning to read.

Today I'm featuring an upcoming read, It Could Be Anyone by Jaime Lynn Hendricks. The excerpt shared is from a hardcover version borrowed from the library. 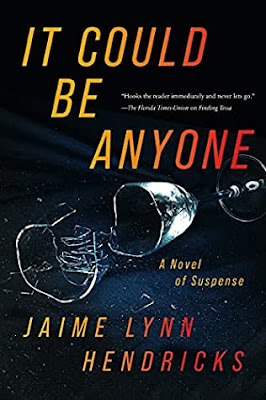 He really thought he'd be able to get away with it.

It happened quickly. At that point in the wedding reception everyone was drunk, bouncing around on the dance floor, and no one was paying attention. They were throwing glitter from the nearby bin, a bunch of adults acting like five-year-olds hopped up on sugar. People were clamoring together to try to be in the live Instagram video, but I watched closely as Trevor's upper lip curled into itself, and his face turned a slight crimson shade. He stopped jumping up and down to Kool and the Gang and loosened his bow tie, but that did nothing to calm the swelled vein in his forehead.

That's quite an opening scene. A killer strikes at a wedding. Of course I must read on to find out more.

Today I'm featuring a recent read, Deep Into the Dark by P.J. Tracy. It's the first book in the Detective Margaret Nolan series. The excerpt shared is from an eBook version borrowed from the library. 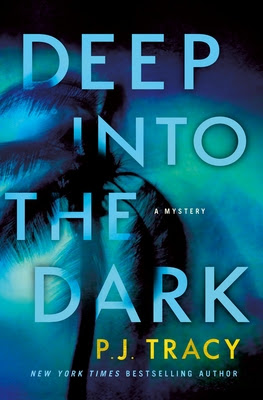 Prologue:  Los Angeles, the City of Angels. The sobriquet promised the divine and its golden facade radiated celestial perfection, but peel back the fragile veneer and the deception was revealed. There were very few angels here, and even less perfection, a testament to how torpid the human race had become.

Deep Into the Dark is a fast-paced, well-plotted start to a new series set in Los Angeles introducing Margaret Nolan, a female detective on the LAPD homicide squad. This first installment features the hunt for a serial killer who is targeting women in the area.