Waiting on Wednesday is a weekly feature of the Breaking the Spine blog.  It's a great way to share information about forthcoming books with other readers.
This week's anticipated book: 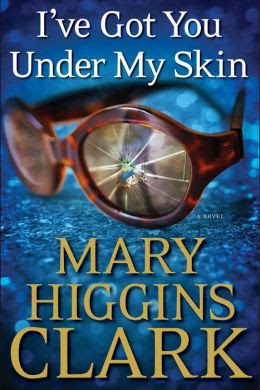 From barnesandnoble.com: In this suspenseful novel from the #1 New York Times bestselling author Mary Higgins Clark, a Manhattan ER doctor is brazenly murdered in front of his young son in a city playground. Five years later, his killer is still at large.

Meanwhile his widow, Laurie Moran, is now an award-winning TV producer. Still haunted by her husband’s murder, she has been raising their son alone. Laurie and her TV crew have just received the green light to produce a new “cold case” series. Revisiting unsolved crimes one at a time, she and her TV crew will gather a victim’s friends and family, who have lived under suspicion of guilt for many years. By getting paid to reenact the crime on TV, each will have the chance to clear their name—unless, of course, someone is guilty… The first case centers on the murder of a wealthy Westchester matron, who was killed overnight while her college-aged daughter and her three best friends were having a sleepover following their celebratory graduation party… Now grown, the four women reunite to re-create the scene of the crime…

From the reigning “Queen of Suspense” comes a fascinating mystery that once again demonstrates a true mastery of the craft that has made her books international bestsellers. Fast-paced, exciting, and expertly plotted, I’ve Got You Under My Skin is Mary Higgins Clark at her best.

Enjoy life with books . . .
Catherine
Waiting on Wednesday: New Mary Higgins Clark was originally published by Catherine for bookclublibrarian.com. This post cannot be republished without attribution.

Email ThisBlogThis!Share to TwitterShare to FacebookShare to Pinterest
Labels: book previews, I've Got You Under My Skin, Mary Higgins Clark, suspense novels, Waiting on Wednesday