It's Friday . . . time to share book excerpts with:
Today I'm featuring an upcoming read, The Late Show by Michael Connelly.  The excerpts shared are from the hardcover (borrowed from the library). 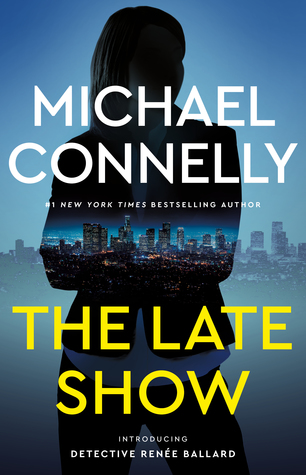 Beginning:
Ballard and Jenkins rolled up on the house on El Centro shortly before midnight.  It was the first call of the shift.

********************
My thoughts:  Hard to believe, but I've never read a Michael Connelly novel.  Connelly is famous for his Harry Bosch series, started in 1992 and now over 20 installments strong.  Because it felt too daunting at this point to begin that series, I was delighted to learn that Connelly recently started a new series introducing a female investigator.  I'm excited to get in on the ground floor, so to speak.


********************
From Goodreads:  From #1 New York Times bestselling author Michael Connelly, a new thriller introducing a driven young detective trying to prove herself in the LAPD

Renée Ballard works the night shift in Hollywood, beginning many investigations but finishing none as each morning she turns her cases over to day shift detectives. A once up-and-coming detective, she's been given this beat as punishment after filing a sexual harassment complaint against a supervisor.

But one night she catches two cases she doesn't want to part with: the brutal beating of a prostitute left for dead in a parking lot and the killing of a young woman in a nightclub shooting. Ballard is determined not to give up at dawn. Against orders and her own partner's wishes, she works both cases by day while maintaining her shift by night. As the cases entwine they pull her closer to her own demons and the reason she won't give up her job no matter what the department throws at her.