Today I'm featuring a current read, The Ginger Tree by Oswald Wynd.  This book was selected by one of my book clubs, and the excerpt is from a trade paperback edition I borrowed from the library. 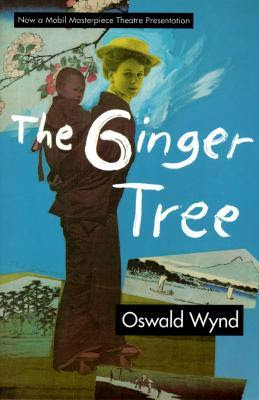 I was sick yesterday on my birthday, after not having been sick crossing the Bay of Biscay and even in the storm off Malta.  It seems silly to have been sick in a little sea like the Red Sea, but when I did get to the deck at sunset, to escape from Mrs Carswell's groaning, the Second Officer came up beside me at the rail and said that I had been unwell because of the ground swell from Somalia.  He said that many people who can stand up to all sorts of bumping and knocking about in storms are unable to stand up to a heavy ground swell.  He is quite a nice man, though he must be thirty at least.  He has very big hands.  Too Big.  I did not tell anyone it was my birthday yesterday, not even Mrs Carswell.  She was being sick, too, much worse than me.

What do you think?  Would you continue reading?
The opening paragraph hints at an epic story set in the historical past.  I'm in the mood for that kind of escape right now, and I also got a chuckle from the young narrator's description of the Second Officer, a nice man with big hands who must be at least thirty.

This First Chapter ~ First Paragraph post was originally composed and/or compiled and published by Catherine for bookclublibrarian.com.  It cannot be republished without attribution.  Retweeting and sharing on Google+ are appreciated.