Time for the mystery meme hosted by Ms. M. It's the opportunity to share a mystery you're reading or planning to read sometime soon. 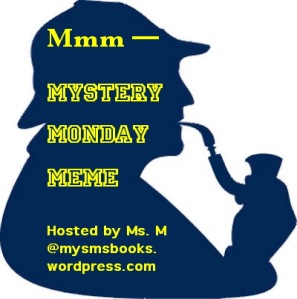 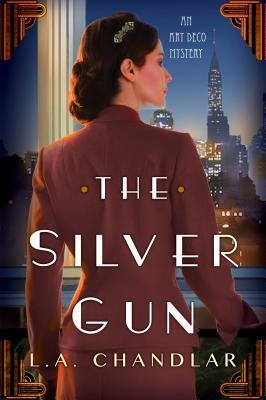 My thoughts:  The Silver Gun introduces readers to Lane Sanders, a talented and resourceful personal aide to legendary New York City Mayor Fiorello LaGuardia. Under LaGuardia's leadership, New York is a city of competing powers: gangsters and a corrupt political machine fighting each other for control of lucrative financial opportunities. The outspoken mayor's mission to rid the city of these negative influences has ruffled many feathers, and it isn't long before Lane lands in the cross hairs of dangerous operatives. Can she outwit these criminal forces without risking her own personal safety?

This novel is an impressive entry in the historical fiction/cozy mystery genre that includes an accurate depiction of New York City at a turbulent yet bustling time, and features famous New Yorkers including LaGuardia and Eleanor Roosevelt. I was initially drawn to the story for several reasons: it's the first in a series; it has a strong female lead who is ahead of her time; and it's set in 1930's New York. After fulfilling these desirable elements, The Silver Gun delivers an imaginative plot, solid historical research, and a satisfying tale.

The series is definitely off to a good start with multiple rich scenarios for further development, including Lane's childhood and tragic past, and several other interesting characters with story lines of their own. Book 2 in the series will be released on September 25, 2018 under the title, The Gold Pawn.
********************

From Goodreads:   New York City, 1936. In the midst of the Great Depression, the Big Apple is defiantly striving toward an era infused with art, architecture, and economic progress under the dynamic Mayor La Guardia. But those in City Hall know that tumultuous times can inspire both optimism and deadly danger . . .

It s been six months since Lane Sanders was appointed Mayor Fiorello "Fio" LaGuardia's new personal aide, and the twenty-three-year-old is sprinting in her Mary Janes to match her boss's pace. Despite dealing with vitriol from the Tammany Hall political machine and managing endless revitalization efforts, Fio hasn't slowed down a bit during his years in office. And luckily for Lane, his unpredictable antics are a welcome distraction from the childhood memories that haunt her dreams and the silver gun she'll never forget.

Balancing a clandestine love affair and a mounting list of suspects, Lane must figure out how the secrets of her past are connected to the city's underground crime network before someone pulls the trigger on the most explosive revenge plot in New York history . . .
********************
This Mystery Monday post was originally composed and/or compiled and published by Catherine for the blog, bookclublibrarian.com.  It cannot be republished without attribution. Sharing this original post on Twitter, Google+ and/or other blogs with appropriate recognition is appreciated.
Posted by Catherine @ Book Club Librarian at 12:00 AM