It's Friday . . . time to share book excerpts with:
Today I'm featuring an upcoming read,  The Confession by Jo Spain.  The excerpts shared are from a hardcover version borrowed from the library. 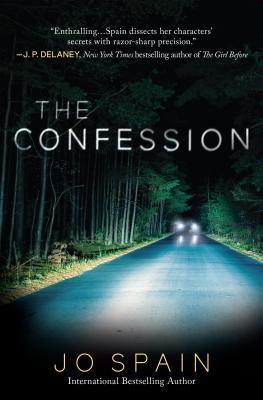 Beginning: Prologue
Present day, 2012
It's the first spray of my husband's blood hitting the television screen that will haunt me in the weeks to come - a perfect diagonal splash, each droplet descending like a vivid red tear.
Part One
Julie
When I first met Harry, he told me he worked in finance.

My thoughts:  Psychological thrillers are one of my favorite genres, and this one sounds like a really outstanding one.
********************
From Goodreads:  Late one night a man walks into the luxurious home of disgraced banker Harry McNamara and his wife Julie. The man launches an unspeakably brutal attack on Harry as a horror-struck Julie watches, frozen by fear.

Just an hour later the attacker, JP Carney, has handed himself in to the police. He confesses to beating Harry to death, but JP claims that the assault was not premeditated and that he didn't know the identity of his victim. With a man as notorious as Harry McNamara, the detectives cannot help wondering, was this really a random act of violence or is it linked to one of Harry's many sins: corruption, greed, betrayal?

This gripping psychological thriller will have you questioning, who - of Harry, Julie and JP - is really the guilty one? And is Carney's surrender driven by a guilty conscience or is his confession a calculated move in a deadly game?