Today I'm featuring Under a Silent Moon by Elizabeth Haynes, the first book in a new British crime series, and borrowed from the library. 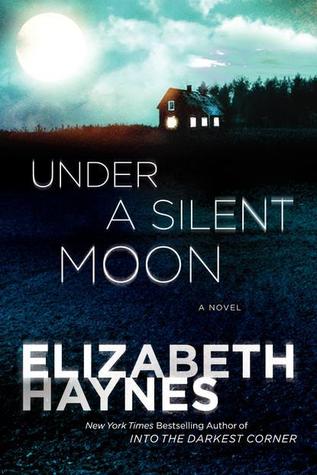 A suspected murder at an English Farm. A reported suicide at a local quarry.

Can DCI Louisa Smith and her team gather the evidence and discover a link between them, a link which sealed their fate one cold night, Under a Silent Moon?

A tense, compelling and unsettling novel mystery brimming with source material and evidence set over just six days, Under a Silent Moon will keep you gripped until the very last page and asks:

Can you connect the clues and name the Killer?

In the crisp, early hours of an autumn morning, the police are called to investigate two deaths. The first is a suspected murder at a farm on the outskirts of a small village. A beautiful young woman has been found dead, her cottage drenched with blood. The second is a reported suicide at a nearby quarry. A car with a woman's body inside was found at the bottom of the pit.

As DCI Louisa Smith and her team gather evidence, they discover a shocking link between the two cases and the two deaths-a bond that sealed their terrible fates one cold night, under a silent moon.

In this first entry in a compelling new detective series, Elizabeth Haynes interweaves fictional primary source materials-police reports, phone messages, interviews-and multiple character viewpoints to create a sexy, edgy, and compulsively readable tale of murder, mystery, and unsettling suspense.
Which book are you reading now or about to start?


Friday Focus: The Friday 56 & Book Beginnings #85 was originally published by Catherine for bookclublibrarian.com. This post cannot be republished without attribution.  Retweeting and sharing on Google+ are encouraged and appreciated.
Posted by Catherine @ Book Club Librarian at 12:00 AM