First Chapter ~ First Paragraph Tuesday Intros, now hosted by Vicki at I'd Rather Be At The Beach, is where bloggers post the first paragraph(s) of a book they are currently reading or planning to read sometime soon.

Today I'm featuring an upcoming read, Nothing Ventured, by Jeffrey Archer. The excerpt shared is from a hardcover version borrowed from the library. 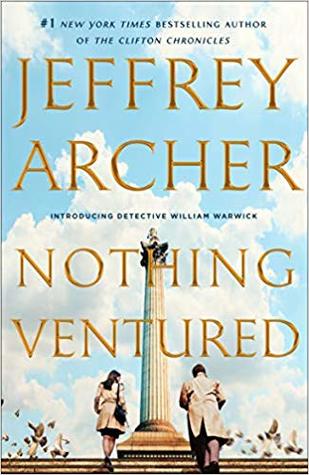 "I couldn't be more serious, Father, as you'd realize if you'd ever listened to anything I've been saying for the past ten years."

"But you've been offered a place at my old college at Oxford to read law, and after you graduate, you'll be able to join me in chambers.  What more could a young man ask for?"

"To be allowed to pursue a career of his own choosing, and not just be expected to follow in his father's footsteps."

What do you think?  Would you continue reading?
Building on the success of his series, The Clifton Chronicles, Archer has taken the detective from that series to begin this new William Warwick series.  This opening scene pits the young detective's wishes to be independent against his father's wishes that William follow in his footsteps.  I'd say the series is off to a very good start.