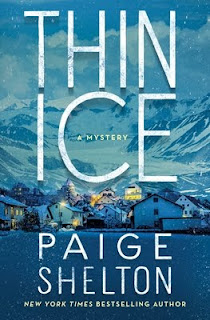 Now I am intrigued. I always love books that are first in a mystery series, and when the main character is an author, I am especially drawn into the story. Thanks for sharing...and for visiting my blog.

I always think Alaska is such an interesting setting. I really like that opening. Grabs you right away. This sounds like a good one!

Grabbed me right from the start!! Happy weekend!

I have never felt that way about terror but I have noticed it is true about pain. My quotes from Ordinary Hazards

This looks good. I think I'll see if my library has it.