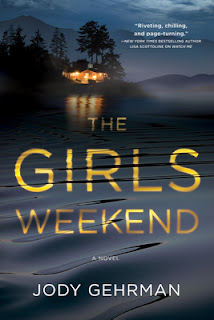 Yes please, I need this book. It sounds like a perfect thriller for autumn.
Cora | https://www.teapartyprincess.co.uk/

Ooh, this one sounds so good! Thanks for sharing...and for visiting my blog.

Oh yes! This sounds like a lot of fun. I love that opening excerpt. It packs just the right punch to have me wanting to read more. And I love that cover. I hope you enjoy this one, Catherine. Have a great weekend!

It does make it sound like a perfect weekend read!! Hope you're enjoying it!
Here's my Post

Interesting! I really enjoy unreliable narrators - sounds like no one knows what happens if they were drugged the night before! Thanks for sharing and enjoy your week :)