Today I'm featuring Our Missing Hearts by Celeste Ng. The excerpts shared are from a hardcover edition borrowed from the library. 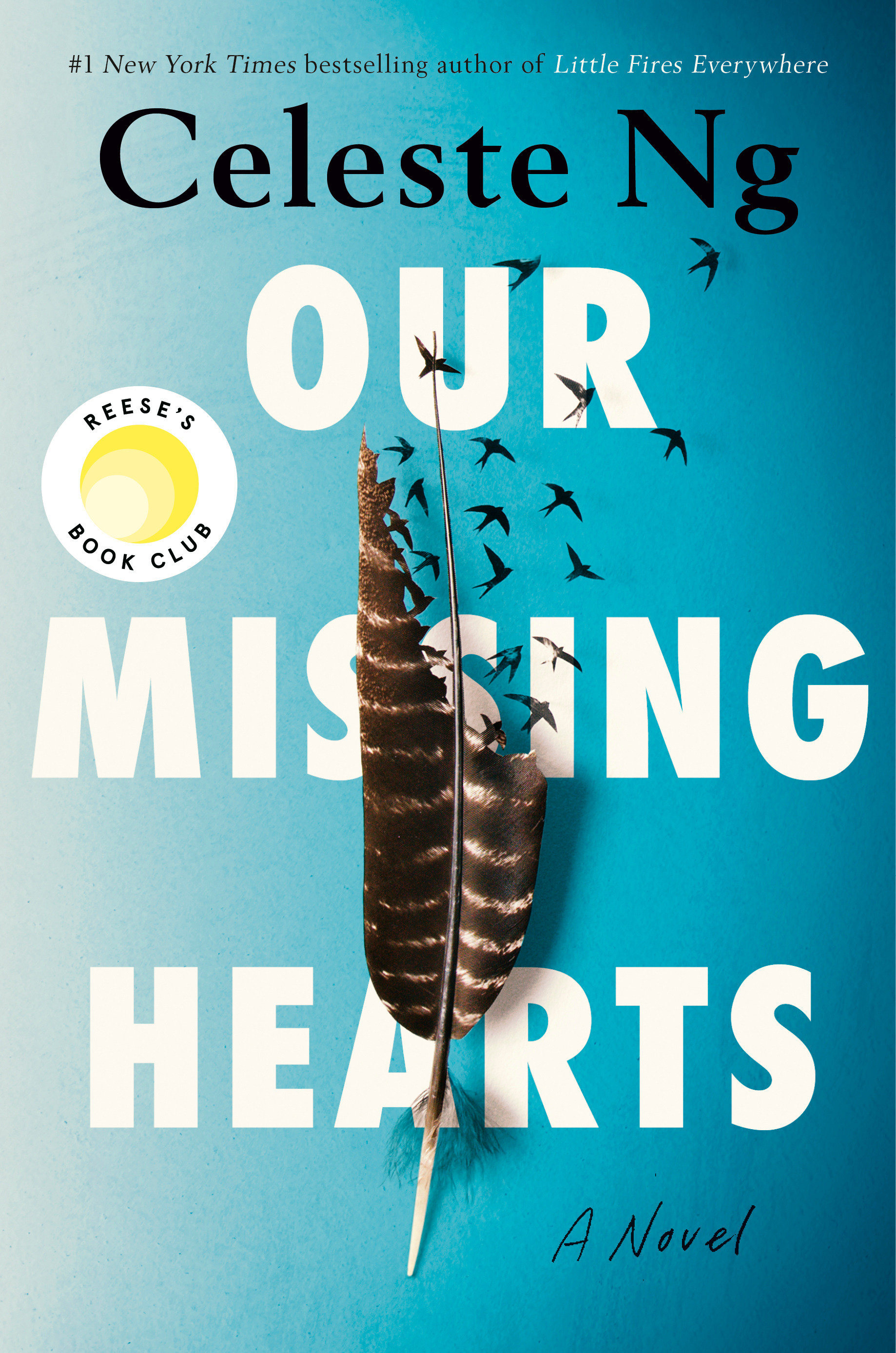 Beginning:  The letter arrives on a Friday. Slit and resealed with a sticker, of course, as all their letters are: Inspected for your safety--PACT. It had caused confusion at the post office, the clerk unfolding the paper inside, studying it, passing it up to his supervisor, then the boss. But eventually it had been deemed harmless and sent on its way. No return address, only a New York, NY postmark, six days old. On the outside, his name--Bird--and because of this he knows it is from his mother.

My thoughts:  Having read--and loved--this author's two previous books, I am eager to start her latest novel. I'm looking forward to getting to know the characters and immersing myself in the story.

From GoodReads: From the #1 bestselling author of Little Fires Everywhere, comes one of the most highly anticipated books of the year – the inspiring new novel about a mother’s unbreakable love in a world consumed by fear.

Twelve-year-old Bird Gardner lives a quiet existence with his loving but broken father, a former linguist who now shelves books in a university library. Bird knows to not ask too many questions, stand out too much, or stray too far. For a decade, their lives have been governed by laws written to preserve “American culture” in the wake of years of economic instability and violence. To keep the peace and restore prosperity, the authorities are now allowed to relocate children of dissidents, especially those of Asian origin, and libraries have been forced to remove books seen as unpatriotic—including the work of Bird’s mother, Margaret, a Chinese American poet who left the family when he was nine years old.

Bird has grown up disavowing his mother and her poems; he doesn’t know her work or what happened to her, and he knows he shouldn’t wonder. But when he receives a mysterious letter containing only a cryptic drawing, he is pulled into a quest to find her. His journey will take him back to the many folktales she poured into his head as a child, through the ranks of an underground network of librarians, into the lives of the children who have been taken, and finally to New York City, where a new act of defiance may be the beginning of much-needed change.

Our Missing Hearts is an old story made new, of the ways supposedly civilized communities can ignore the most searing injustice. It’s a story about the power—and limitations—of art to create change, the lessons and legacies we pass on to our children, and how any of us can survive a broken world with our hearts intact.