It's Friday . . . time to share book excerpts with:
Today I'm featuring an upcoming read, An Accidental Murder by J. New.  The excerpts shared are from a paperback version I purchased. 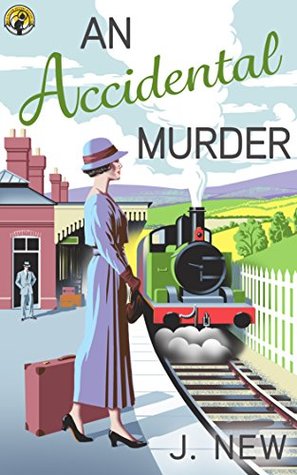 Beginning:  It was a particularly chilly and damp Saturday afternoon in September, and I was taking a momentary break from the unpacking of boxes to have a quick sandwich and a cup of tea.  I'd already laid and lit the log fire and now sat sleepy and content in an overstuffed armchair watching the flames dance and flicker in the grate.  And listening to the wind whistling down the chimney like an irate ghost.

My thoughts:  The opening sets a quaint scene.  I'd like to plant myself in that overstuffed armchair in front of the fire with a good book or two.


From Goodreads:  Young widow, Isobella Bridges discovered and fell in love with The Yellow Cottage as a child. Many years later she returned to the Island, discovered it was for sale and bought it on a whim. Or so she thought.

Ella soon realises that this isn't the only gift the old lady left. Having only been in residence a few short weeks, and still unpacking boxes, she receives a telephone call from her brother, inviting her up to London for Sunday lunch. This call sets in motion a series of events that puts Ella’s life, and those of the people closest to her in danger.

An Accidental Murder is a cosy amateur sleuth novella, with a difference. Set in 1930’s England, it is the first in the series of The Yellow Cottage mysteries.


This Friday Focus: The Friday 56 & Book Beginnings post was originally composed and/or compiled and published by Catherine for the blog, bookclublibrarian.com.  It cannot be republished without attribution. Sharing this original post on Twitter, Google+ and/or other blogs with appropriate recognition is appreciated.