Waiting on Wednesday is a weekly feature of the Breaking the Spine blog.  It's a great way to share information about forthcoming books with other readers.  Today I'm featuring a novel from Greg Baxter, which was brought to my attention by a librarian friend whom I meet with regularly to discuss new books on the horizon.  The book will be released in January 2015. 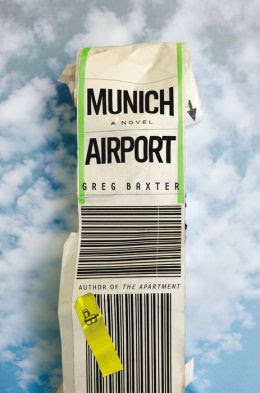 Publisher: Grand Central Publishing
Publication date: January 27, 2015
From barnesandnoble.com:  From the critically acclaimed author of The Apartment, a powerful, poetic, and haunting exploration of loss, love, and isolation—and the families we improvise when our real ones fall apart.

An American living in London receives a phone call from a German policewoman telling him that his sister, Miriam, has been found dead of starvation in her Berlin apartment. Three weeks later the man, his father, and an American Consular official named Trish find themselves in the bizarre surroundings of a fogbound Munich Airport, where Miriam's coffin is set to be loaded onto a commercial jet and returned to America.

Greg Baxter's astonishing novel tells the story of these three people over the course of several weeks, as they wait for Miriam's body to be released, sift through her possessions, and try to piece together the events that led to her awful death. An unflinching look at family, loneliness, desperation, and regret, Munich Airport marks the establishment of an important literary voice in Greg Baxter.

Waiting on Wednesday: Munich Airport was originally published by Catherine for bookclublibrarian.com.  This post cannot be republished without attribution.