In last week's recap I said I hadn't let my weather guard down completely yet, but I still managed to be surprised.  I have one question for Mother Nature:  You call this spring?  Either she didn't get the memo, or decided to play an early April Fool's joke because on Friday - the first official day of spring - we had a storm that brought 5 inches of snow.  Just as things started to look promising and most of the lingering snow had melted revealing patches of green, we had this rude setback.  The good news is that temperatures are on the rise again, so it shouldn't be too long before the green reappears, hopefully for good.

On to my latest book activity, which includes books and advance reader copies I received from the Simon & Schuster's Summer 2015 Librarian Preview I attended earlier in March.  The forthcoming titles from S & S, Scout Press, Atria Books, Scribner, Touchstone, and Gallery Books will be published between April and September of this year.

Now, the latest book recap, which is being shared on these blogs:


Sunday Post hosted by Kimba the Caffeinated Book Reviewer
Showcase Sunday hosted by Vicky at  Books, Biscuits, and Tea
It's Monday! What Are You Reading? hosted by Sheila at Book Journey

The Kind Worth Killing by Peter Swanson is a first-rate, edge-of-your seat thriller on steroids.  I won't say more to avoid spoilers, but if you enjoyed Gone Girl, The Silent Wife, or The Girl on the Train, this one is for you.
Reading now . . .

A Murder of Magpies by Judith Flanders; My Man Jeeves by P.G. Wodehouse
Listening to . . . 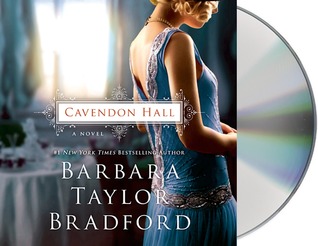 Shopping for a Billionaire #1 by Julia Kent
Borrowed from the library . . .

An Appetite for Violets by Martine Bailey, A Memory of Violets by Hazel Gaynor,  The O. Henry Prize Stories 2014 by Laura Furman (Editor)
From Simon & Schuster's Summer 2015 Librarian Preview . . .

Ordinary Grace by William Kent Krueger, Watch Me by Angelica Huston, and The Children's Crusade by Ann Packer

The New Neighbor by Leah Stewart, The Hand that Feeds You by A.J. Rich, The Woman in the Photograph by Dana Gynther, and The Sunken Cathedral by Kate Walbert

The Truth and Other Lies by Sascha Arango, The Third Wife by Lisa Jewell, and Thank You, Goodnight by Andy Abramowitz

Did You Ever Have a Family by Bill Clegg and In a Dark, Dark Wood by Ruth Ware

Gonzo Girl by Cheryl Della Pietra and Eight Hundred Grapes by Laura Dave
What did you read this week?

Catherine
Weekly Book Recap #103 was originally published by Catherine for bookclublibrarian.com.  This post cannot be republished without attribution. (Retweeeting and sharing on Google+ encouraged and appreciated.)

Posted by Catherine @ Book Club Librarian at 6:30 AM