It's Tuesday . . . time to share book excerpts with:
Today I'm featuring the opening paragraphs and a teaser from The Wrong Girl by Hank Phillippi Ryan. 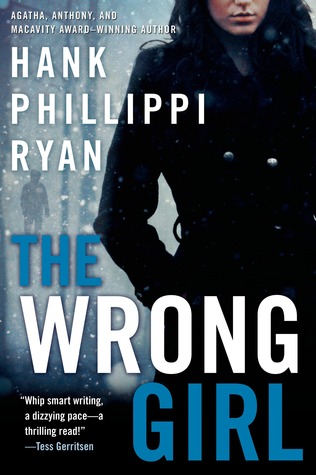 Jane Ryland took the phone from her ear, peering at it as if it could somehow help Tuck's incomprehensible tale make sense.  Real mother?  She didn't know Tuck was adopted, let alone looking for her birth mother.  Why would Tuck call her?  And spill this soul-baring saga of abandonment, adoption agencies, then meeting some woman in Connecticut?  Jane and Tuck were barely friends, let along confidantes, especially after Tuck had--


What do you think?  Would you continue reading?
The Wrong Girl is the second book to feature reporter Jane Ryland and Detective Jake Brogan.  (The Other Woman is the first book.)  Hank Phillippi Ryan's books are fast-paced and suspenseful, and it is no surprise that she has won an Anthony, a Macavity, and two Agatha Awards for her fiction.  She is also the investigative reporter for Boston's NBC affiliate, and has won twenty-eight Emmys and ten Edward R. Murrow Awards for her groundbreaking journalism.

What are you reading now or planning to read soon?
First Chapter ~ First Paragraph #66 and Teaser Tuesdays was originally published by Catherine for bookclublibrarian.com.  This post cannot be republished without attribution.